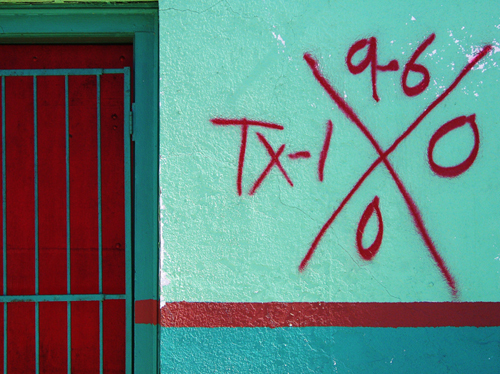 The X-code is a marking left by the Urban Search and Rescue teams, coordinated by FEMA. It was first developed after the 1985 Mexico earthquake, when many people died in later building collapses, trying to rescue people who were already trapped. As each building is searched for survivors, it is marked first with a slash, and then when the search is finished, an X. Then, the quadrants of the X are marked with a code to define who made the search, when, and what they might have found. —

it’s been a rather hectic holiday, but I bring you this, via archinect